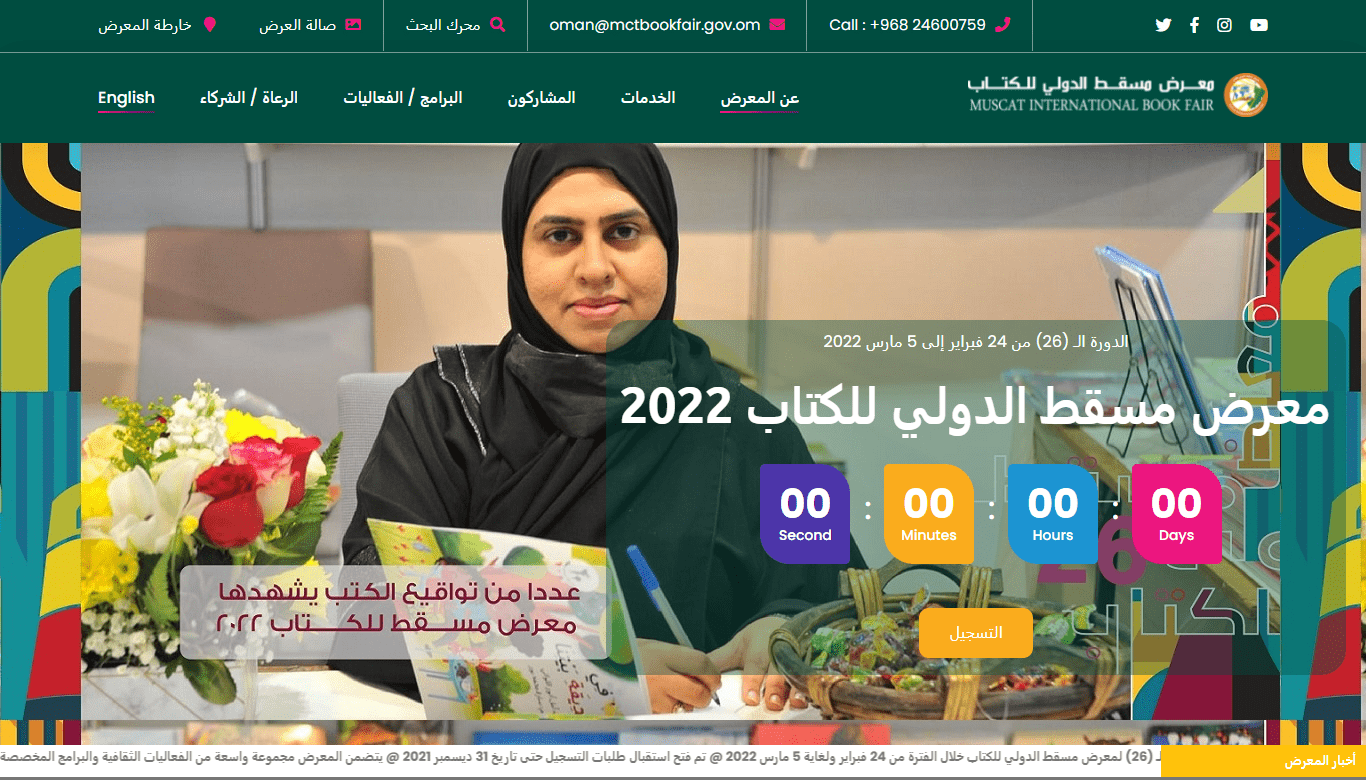 The Muscat International Book Fair has been launched since its first stages until today with rapid steps of development and expansion, which contributed to the activation of the cultural movement in the Sultanate, which enabled it to be part of the important cultural exhibitions and exhibitions on the map of international exhibitions and an important cultural, intellectual and literary forum. Since its launch in 1992 and until this year, the exhibition has registered an upward index on several levels (number of participating countries – number of participating publishing houses – spaces – public attendance). The idea of establishing an international book fair in the Sultanate as a cultural, intellectual and awareness project came in response to the need of the cultural knowledge arena in the Sultanate to establish a book fair as book exhibitions are one of the most important information tools to gain knowledge and highlight intellectual production.

It is a long established fact that a reader will be distracted by the readable content of a page when looking at its layout. The point of using this technology is that it has a more-or-less normal distribution of letters, as opposed to using ‘Content here, content here’, making it look like readable English.